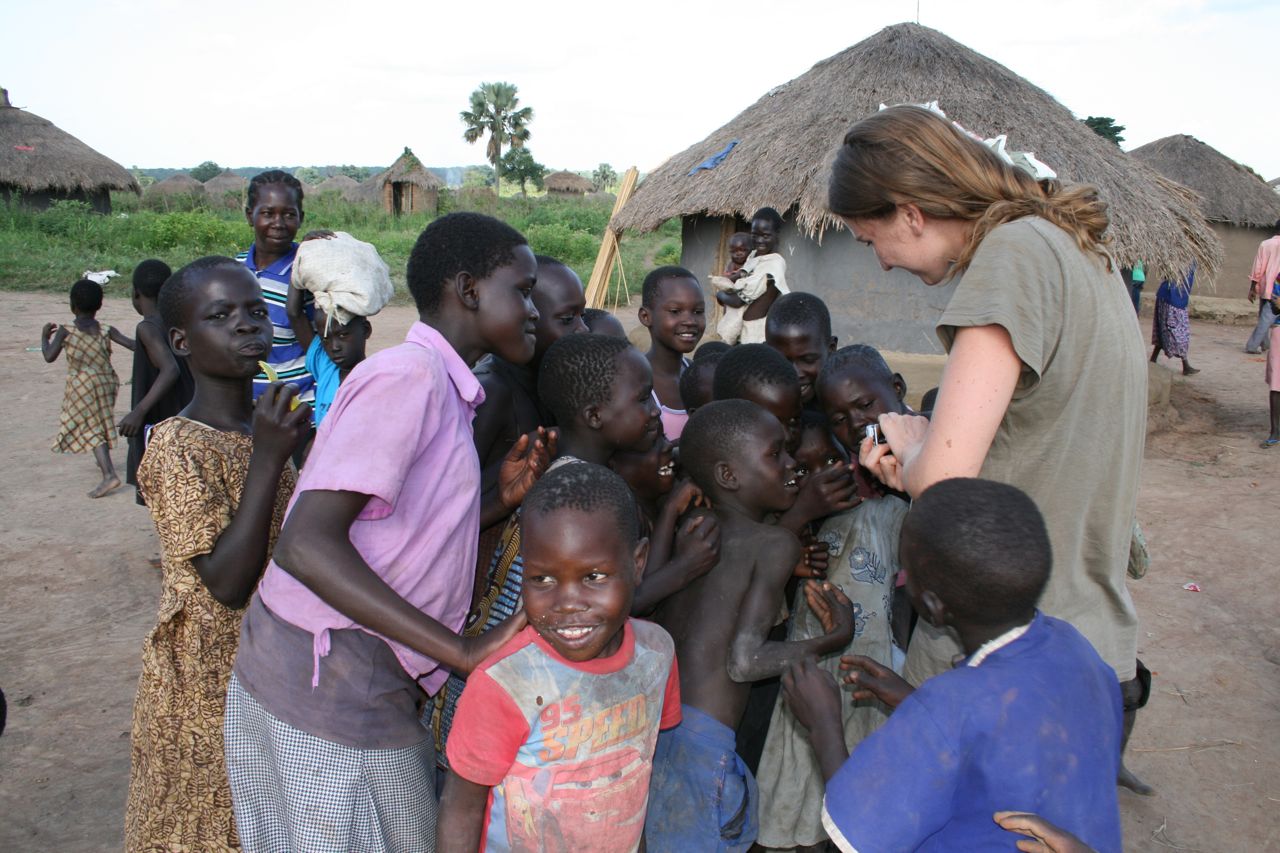 This beautiful skipping story is by Kyla Mitchell and originally appeared on her Bridge of Hope blog.

While in Uganda recently, I had lunch with a friend who I met on my last trip there and a new friend that works as a nurse at a hospital in Gulu.  She had been in Uganda for 7 months and expressed some frustrations with the inefficiencies at her workplace. 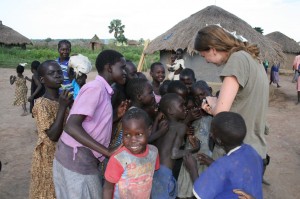 I can only imagine how difficult it is working in a hospital in a third world country; the lack of cleanliness, reliable utilities, education, and proper supplies must be completely overwhelming.

As we were eating, I told her about my friend Joe Brocato  from Unlikely Hero Productions, who was recently in Northern Uganda to film some of the work Aid Africa does in rural communities.

When I mentioned that I was helping him and his colleague Tim Heath Leuzarder with a documentary about skipping, the topic allowed the three of us to slide easily into a fun conversation. We agreed that it was impossible to skip and be in a bad mood at the same time. My friend took the thought a step further and suggested action – she said she should skip into work at the hospital the next morning. Then she smiled and excitedly agreed to the task!

We met the next morning around 7:30 AM to drive her to work and experience what would end up being the simplest magic I’ve ever seen. In the car, I asked her a few questions that Joe had suggested like, “why do you think adults don’t skip?”  To that she replied, “I think it’s because they’ve forgotten, and that if you remind them, they will.”

It was a perfect response because I think that’s exactly what happened with her. She had been immersed in work and all it’s difficult intricacies and had forgotten about some of the joys in life. She was smiling from ear-to-ear with anticipation when she got out of the car. This previously discouraged and energy-depleted nurse was suddenly full of energy as she began skipping toward the hospital where she was about to begin a long work day.

Her colleagues, who I assume were equally as frustrated as her, all started smiling and laughing. They were obviously surprised by the high-energy output with which she was starting the day.

When I met my friend the next Sunday for lunch, along with her work colleagues that had seen her skipping, they were inspired and made plans to skip to work together.  The conversation that had started the previous Sunday went so much further than I ever expected.  Oh the joy of skipping!

Soon after this, I was working with a fellow Aid Africa volunteer named Maron in one of the rural villages outside of Gulu and experiencing some of the challenges that occur in the field. So, we decided it was a good time to get some of the village kids skipping.

Since the best way to get kids to do anything is to do it yourself, we skipped around to get them to follow us. Not surprisingly, we experienced the same transformation from stress to pure joy. More importantly, we discovered a deeper bond with the kids. We were transported back to our childhood –  a time free of  adult burdens and, if just for a few minutes, we experienced pure joy. My only question afterwards was, “Why haven’t I been skipping more often?”

I think I simply forgot.

Back at the office, I interviewed a man named Isaac about skipping. When I asked if he’d like to try it, he was hesitant but agreed to skip if I would do it with him.  We laughed and both felt very silly, which made us laugh even more.  Shortly after we finished, Peter who is the Executive Director of Aid Africa walked out and I asked him if he’d also like to skip and he started skipping instantly!

With each new opportunity to feel the unadulterated joy of skipping, I am now convinced that skipping is a powerful and transformative tool. Taking only a few minutes of my time to skip and talk to people about skipping has brought so much joy to my journey in Uganda.  Thanks to Unlikely Hero Productions for working on such a great project and sharing it with me so that I can share it with others!

Visit the Skipping Joy website and/or watch this trailer for more info about the documentary.