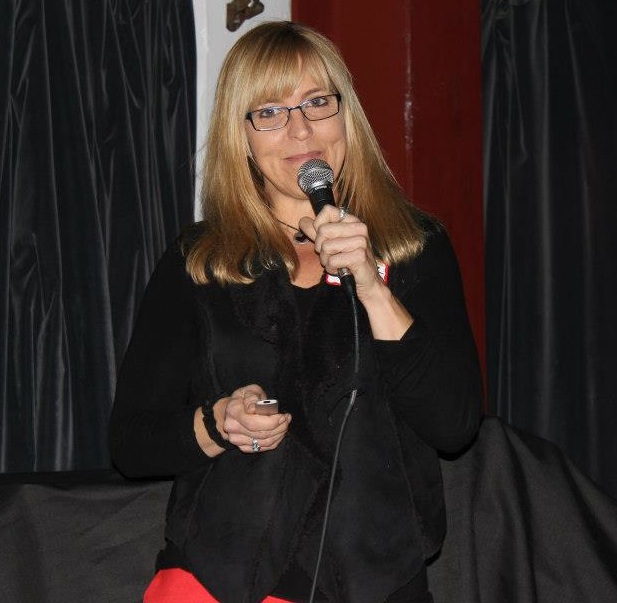 I was recently invited by a very cool video production company called Storytellers for Good to be a part of their annual fundraising event where 5 organizations do a short talks about their work for a chance to win a pro bono video.

The organization’s founder Cara Jones said that “the skipping lady she had read about a few years before” just popped into her consciousness when she was putting together the roster for this year’s event so she contacted me through Facebook to see what I was up to. 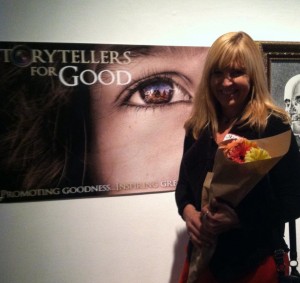 We scheduled a phone call where I filled her in on the highs and lows of my 14-year (!!!??) skipping adventure…… and she ultimately invited me to be a part of it even though I explained in advance that I haven’t been organizing group skips, etc. like I used to in the early skipping movement days.

She said that my mission should I choose to accept it was to distill the skipping movement story down into 3 minutes that I would share with the audience who would pick the winner of the free video out of the 5 presenters.

The crowd was super warm and charged with good vibes…There were 5 presenters – 4 nonprofit organizations and me… and as I expected my story was a lot different than the rest. They all are relatively new organizations that are doing really practical and tangible good works in the world….while my story was more of a 30-year panoramic view of the history of the skipping movement…and probably the least likely to really benefit from a pro bono video.  🙂

The nonprofit that won the video is called Dancin’ Power and they go into hospitals and teach kids w/ terminal illness to dance! How amazing is that?!   There was also the Mini Mermaid Running Club for Girls, A spoken word organization for teens called Youth Speaks, and the Inspiration Campaign which is a guy that crowd sources the funding for billboards that have a positive message like “You are amazing.”

I am so honored to have been invited to have been a part of such a cool event and to connect with so many people who are doing really good work in this world!  I’ve been skipping on air ever since.

Here’s a video that my friend took of the talk…although be warned that you can’t see the slide show which was a key part of the presentation…and the lighting/angle is kind of strange….

One thought on “Storytellers for Good”