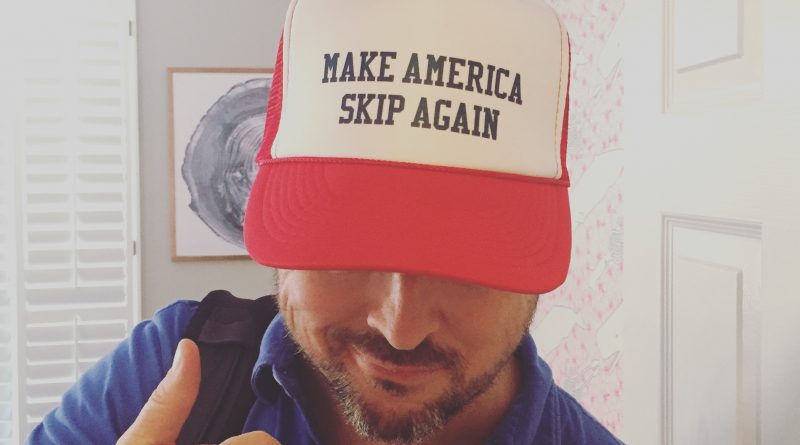 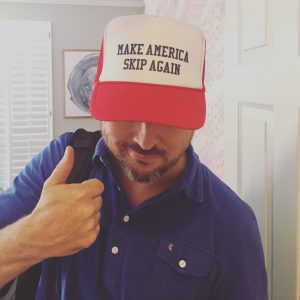 Austin Skipathon visionary Prentice Howe is the latest inductee into our Hall of Skipping Fame!

Imagine iSkip founder Kim ‘Skipper’ Corbin’s surprise when she was invited out of the blue to come to Austin to lead the inaugural Austin Skipathon in October of 2016!  The team and Door Number 3 and Foster Angels of Central Texas had organized the whole event and thought, “Wouldn’t it be great if there was a skipping expert that could lead our event for us?”

The rest is skipping history as the Austin Skipathon is quickly skipping its way to a 2nd annual event on September 23, 2017!  Here’s a recent conversation we had with Prentice about how the Skipathon came to be.

When did you start skipping as an adult?

In October 2016 at the Austin Skipathon.

What was the inspiration behind the Austin Skipathon?

My wife and I were out walking with our young girls one day and we all started skipping. She said, “Skipping is so much more fun than walking. Wouldn’t it be cool if there were a skipping event?” I held on to that thought, knowing that someday the idea would somehow see the light.

How did you decide to do the event on behalf of Foster Angels of Central Texas?

Our advertising agency, Door Number 3, has supported Foster Angels organization for many years. I was attending their annual fundraising luncheon a few years ago and it all came together. Here was this incredible organization that desperately needed awareness. At that point, the Austin Skipthon was born in my head. From there it was just figuring out the details – like finding Kim “Skipper” Corbin to come lead us as our Skipmaster of Ceremonies!

Tell us about the work that Foster Angels of Central Texas does in the world.

They help well over 5,500 children in the Central Texas foster care system. They come in at the most critical and vulnerable time in a child’s life and provide help when hope is seemingly lost. There’s nothing more important than giving kids love and support when the world around them is crumbling. Foster Angels has an incredible team backed by a very powerful mission. We’re so proud to be associated with the organization.

How did the inaugural event go and are there plans for 2nd Annual Austin Skipathon in 2017?

It went great. The attendees had a blast. The weather was beautiful. The sponsors were so supportive. We plan to grow the event next year, bringing in a whole new wave of newbie skippers!