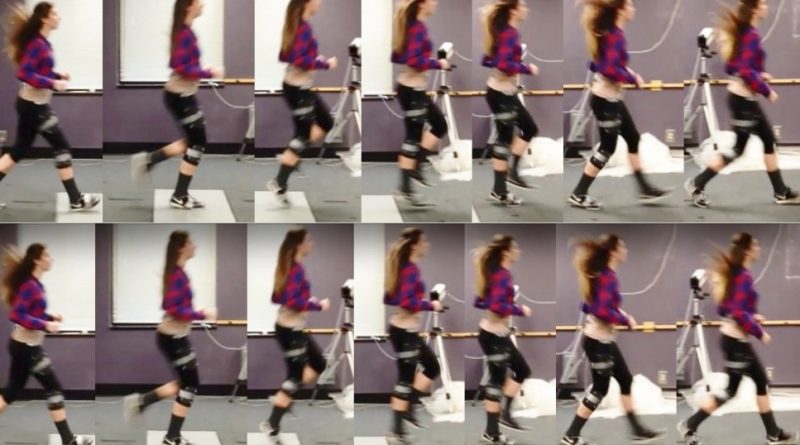 After conducting an in-depth research study comparing gait characteristics, knee loads, and the metabolic cost of skipping to that of running, researchers from East Carolina University recently suggested in an article

published in the Journal of Biomechanics that the substitution of some amount of skipping for running may help runners reduce their potential for injuries.

Here’s an excerpt from the article’s introduction,

“We propose to investigate bilateral skipping as an alternate mode of aerobic exercise and to explore its potential as a training tool.”

We first learned about this study when Paul DeVita, Ph.D., a Professor and Director of the Biomechanics Laboratory at East Carolina University, contacted iSkip in November of 2014 to let us know that he and several members of his team had started skipping and were going to be conducting a biomechanical comparison of skipping and running.

DeVita and his colleague Jessica McDonnell conducted and prepared their research. First they trained twenty fit individuals to be sure they were comfortable skipping on the treadmill. Then they had them skip and run at 6 miles an hour for 5 minutes with each gait so they could determine things like metabolic cost, lower extremity muscle function, and knee joint loads.

Here are some highlights of what they discovered through their research, which was presented at the 2017 annual conference of the International Society of Biomechanics:

• Skipping burns about 20% more calories than running at the same speed or for the same time.

• Because the metabolic cost is higher in skipping, it provides more cardio-respiratory training than running per unit of distance or time of activity.

• Skipping has reduced knee loads compared to running, which may help reduce rate of running injuries if people run a little less and skip a little more.

Here’s an excerpt from the conclusion of the article about the research from the Journal of Biomechanics.

“While we are not unaware of the aversion some people may have towards performing skipping as a standard component to their physical activity regime, skipping has emerged from this study as an alternate form of locomotion with untapped potential… Further research is warranted to study skipping and evaluate knee joint contact forces and the potential for greater enhancement of aerobic capacity compared to running.”

All in all, the fact that this study happened at all is a pretty excitement scientific development in the world of skipping, and it is exciting to imagine every increasing numbers of runners adding skipping intervals to their training programs as a way of reducing the potential for injuries! Big thanks to Paul DeVita and Jessica McDonnell for studying skipping in this way and for sharing your findings with the world.